Posted by Nishantha at 10:59 PM No comments: 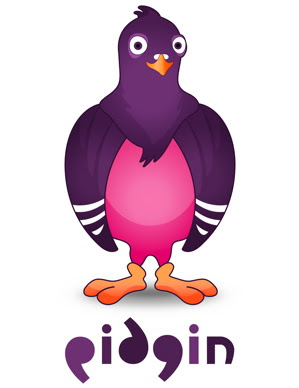 Hope you have basic knowledge of the Pidgin. In order to add the Google Apps accounts,

So you are ready to go
Posted by Nishantha at 12:22 PM No comments:

The war is over

Here is another one with all commanders

Troops who captured the body of the terror leader

DailyNews
Posted by Nishantha at 9:20 AM No comments:

The king arrives for the victorious country

This is a nice song composed for president Mahinda Rajapaksha

Posted by Nishantha at 11:19 PM No comments:

How to install Nvidia graphics driver in Ubuntu

Set the execution permission necessarily but I always do like this

press ctrl+alt+f1 and you should be on the pure terminal. If not press that combination until it works and then stop the xserver

Accept the agreement and say OK for anything asked. After successful installation

sudo /init.d/gdm start
Posted by Nishantha at 10:03 AM No comments:

Thank God because Mahela is back 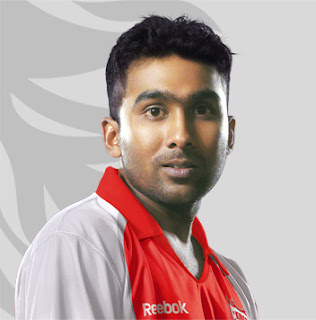 Today, Mahela Jayawardana steered the Kings IX Punjab to the victory over Decan Chargers. He scored 43 runs and took two stunning catches hence became the man of the match. I writing this blog post not because I am a support if Kings team but I am very happy because Mahela is back in action and we can hope a lot more to Sri Lanka from this world class stylish right handerd batsman. I never ever consider Mahela as an ordinary batsman but I think he is an intelligent batsmen. Because nobody can predicts from which location the ball is going to cross the boundary when the Mahela in action as a batsman. He is such class and this classic batsman have become one of the most technically sound cricketers in the world today. The most interesting thing I like to see in Mahela's batting is the movement of his feet, He uses that elegantly and play wonderful drives along the ground. But he is not a batsman who has been categorized as off side or leg side batsman because he is strong in both areas. Finnaly I am really anticipated for couple of fine nocks from Mahela Jayawardana soon.
Posted by Nishantha at 8:38 AM No comments:

Sri Lanka is about to conclude her war against terror. The ordeal that about 19 million people have been living with for more than quarter of a century is about to be over. It would never be too early to express our gratitude to all the great nations who genuinely helped us to come this far in this historic battle. Because, the value of a sincere friend would never be so felt, as when one is beset by a group of hypocrites.

On April 30 it was reported that the UN Security Council has no interest in punishing Sri Lanka, by withholding funds that she needs at this moment. Before that decision was taken, some countries that portray themselves as the global guardians of human rights, had made several shameless attempts to recommend punitive action against this poor third world country, struggling to rid itself of terrorism.

Ironically, these so-called human rights champs tried to justify their claims saying that they were doing it for the safety of civilians, held at hostage by terrorists in island's North. Moreover, they put a number of ridiculous demands on the Sri Lanka government, such as offering amnesty to the terrorists, allowing a third party to rescue the terrorist leaders, go for a ceasefire, etc. Never did history unmask the hypocrisy and the sanctimony of the Western Powers than their behaviour towards Sri Lanka during recent times.

In this context, the people of Sri Lanka are grateful for the wholehearted support given to them by India, Pakistan and the rest of the South Asian countries, China, Russia, Pakistan, Japan, Iran, Libya, Vietnam, Mid-East, African and Southeast Asian countries. But for their understanding on our plight and the trust they placed on us, we would never be able to come this far in our battle against terrorism. It seems the international community has become more independent and therefore safer for poor countries like Sri Lanka to stand up for their rights. At least, the people living in poor war affected countries like ours can now have hopes for achieving peace if their leaders are genuine enough to take appropriate action.

It is worthwhile recalling how the civilians, whose safety the Western powers are so worried about, were driven to their current situation. It was the LTTE terrorists who took hold of these civilians at gunpoint and held them as a protective shield during the last three years. As troops gradually liberated the territory held by the LTTE, the terrorists forcibly took most of these civilians with them in order to protect their leaders. All the human rights champions now blaming the government were brazenly silent on this blatant atrocity against our citizens, despite the government's untiring efforts to convince them about the looming humanitarian situation. All they did was trying to corner Sri Lanka in the international community, with their usual "warnings", "urges" "concerns", etc.

They always asked us to stop fighting and start negotiations for a political settlement. Yet, they could not tell us how to stop the continuing atrocities of the LTTE against Sri Lankan citizens. They neglected to see that a political solution is needed for a political problem but not for a terrorist problem.

Human sufferings are the main weapon the LTTE has been using for its survival. It is no secret that the LTTE has been engineering the most brutal crimes against civilians and cunningly manipulates them to its advantage. From their first village massacre in 1984, the terrorists have been mastering this art for earning sympathy for the crimes they themselves committed. The LTTE leadership has been so obsessed with his strategy of cowering among the civilians and increasing their sufferings to win international sympathy.

Therefore, anyone who refuses to accept this realty and asks us to stop fighting against terror, serves the exact purpose of the terror leadership. In other words, it is their response that inspires the terror leadership to continue these crimes. Therefore, all those diplomats, politicians, human rights organizations that dance to the tune of LTTE propaganda are equally responsible of the plight of the civilians under the clutches of terror.

Let us salute our friends who accepted the truth and are bold enough to stand by us at our moment of need.

Original Article is here
Posted by Nishantha at 7:45 AM No comments: