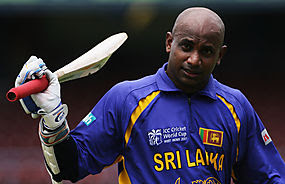 Sanath Teran Jayasuriya, the veteran, aggressive, skilled opening batsmen and the most threatening nightmare of any bowler who has to bowl to this master blaster and the greatest entertaining player ever in the cricket history. This little bit short but powerfully built Matara lion smashes the bowl all over the ground with massive amount of power, generated by his strong bottom hand. The strokes he plays around squire region and over third man are the evidence for the tremendous power he uses to hit the ball into the fence. 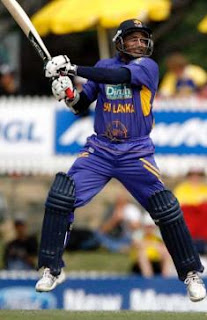 His favorite stroke is the squire cut and he plays it for any bowler if the bowl pitches out side the off stump. That is why it is said that Jayasuriya is really strong in off side and he goes anytime through the offside regardless of the fielder arrangement. But if you have watched Jayasuriya's innings, probably you may have seen that that the massive strokes which fly over the boundary line have been played on the onside. Because he has got a lightning pull stroke and soft flick of his wrist. The pull stroke sometimes makes Jayasuriya worrying because the short arm pull stroke was caught by several in the deep squire leg but now he does not play that stroke frequently.
Finally I hope that this interesting batsmen will play for the next world cup and I have great confidence that he will score a double century on a one day international.

Posted by Nishantha at 10:17 PM No comments:

Me, the GSOC student 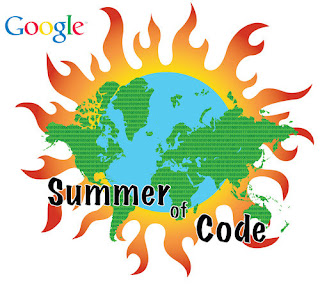 I was able to be selected as a Google Summer of Code 2008(GSOC) student for the SAHANA organization which is the company where I have my internship. Gsoc2008 started on May and it will be closed on September this year. This is the first time that I involve in a large scale project (in my level) and it is a instant messaging (chat) application for the sahana disaster management system. This web based chat application is a hell of Javascript and some amount of PHP in addition it has to be integrated to the existing sahana GUI. One of the interesting problem I have faced is the caching functionality of web browsers. Because if a particular page is requested frequently then the browser caches the page. But the problem occurs when requesting the page after doing some simple changes. The browser still gives the cached page and the only solution I found is to clear the cache by time to time. I found this matter with IE7 and firefox3 browsers.

My gsoc mentor is Prabath and he also a former gsoc student graduated from the UCSC. So far I am doing well with my project and if SAHANA team requests ,I hope to develop it further. We had several gsoc parties and more parties are yet to come. But there are people in my side who still did not receive a treat from me. Don't worry because you will have it soon.
Posted by Nishantha at 7:37 PM No comments:

When I was in my A/L studies, my Physics teach told us that 90% of state-of-the-art technology belongs to the military.So as a person who has passion for technology, I am also interested in the famous Discovery channel program,the Future Weapons .Mack Machowicz who has spent 10 years as a navy SEAL and the founder of the BUKIDO institution is tracking down the world latest sophisticated weapons with brilliant presentation skills.

Posted by Nishantha at 9:02 PM No comments:

I submitted my literature survey couple of weeks ago and now waiting for the result because the result will decide my future. I found well-known person in my university as my supervisor for the survey who is Dr. Nalin Ranasinghe. Nobody of my batch conducts surveys under him but I was brave enough to select him as the supervise (Ha ha ha haaaaa....) by surprising a lot my friends. I was one of out of four members who took the Computer Architecture course module done by Dr. Nalin. But none of us got more than a C+ for that subject. But I do not blame the teacher because it should be our fault that we did not have good results. So far I was not able to find anything wrong with him but if it is lower that B for my survey, the whole story will be changed because I know I did it well.
Posted by Nishantha at 2:51 AM 2 comments:

I started a blog couple of years ago but I abandoned it because of no reason. Perhaps I might not have something interesting to blog but recently after reading couple of blogs of my friends, I decided to put something on the internet as a blog post. Sometimes I may have something to tell now because these days I am involving in several things and tracking down a lot areas daily. So lets start the voyage of Nishantha, the ultimate learning spot on the internet.
Posted by Nishantha at 2:26 AM No comments: