Yes, cricket again because it is a hot topic these days.Mahela Jayawardena has decided to step down from the captaincy and the Sri Lanka cricket board have also accepted it. So who will be the next candidate for the captaincy ?. This is an interesting question to be asked from anybody who likes this amazing game. My view is the suitable person for the captaincy is obvious because Mahela also mentioned it when he was addressing the media after submitting his resignation later. He is non other than Kumar Sangakkara but who will be the next vice captain?. Kumar Sangakakara has great potential for the captaincy in every version of the game. It doesn’t matter whether it is Test cricket, Oneday international or 20-20, this man is capable of leading Sri Lanka. I am pretty confident about Sanga’s ability because I have seen it for long time. 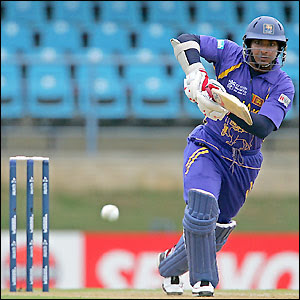 My selection for the vice-captaincy is T.M Dilshan because non other player is experienced as him except Sanath, Vass and Murali of course. Kapugedara as well as other playes have to gain a lot of things from the international cricket rather than bothering with the vice-captaincy.

Meantime I am really happy over Mahela’s resignation because I strongly believe that this man will definitely return to his form soon and that will be the birth of next Aravinda de Silva. Mahela is an ideal batsmen for the middle order and I don’t think that there will be someone who don’t appreciate this world-class classic batsman’s skills. He has got strokes around the wicket and he is strong both side of the wicket. I hope and wish that Mahela could be succeeded in his carrier after his resignation. 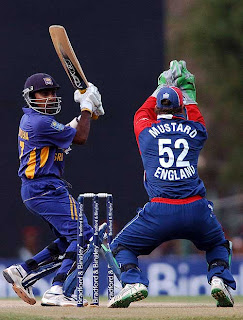 Sri Lanka lost the Indian tour for 4-1 as well as we almost won the 20-20 match unless the bowling of Dilhara Ferbnando. Sanath-Dilshan combination started the Sri Lanka batting and this combination seems to be a better investment for the 2011 wolrd cup because they showed some partnership during the whole series. Jayasuriya made one centuary in the first macth but he didn’t show the performance I expected from him. However, he hit some massive sixes in 4th ODI and the 20-20 matcha nd those sixes cannot be forgotten for someone who loves big hits. They were really flat strokes and those strokes showed how much power still he posses. Finaly I hope that our players s specially Mahela and Sanath may back in their usual form by the time of IPL and then we can have hopes for the next world cup which will be hosted on our country as well.

Posted by Nishantha at 10:25 AM No comments: